Portugal national team and Juventus forward Cristiano Ronaldo has decided on his future.

The 36-year-old forward intends to extend his contract with the Turin club for another season. The current agreement is valid until the summer of 2022. The agent representing the player’s interests, Jorge Mendes, has already contacted the Juventus management and announced Ronaldo’s intention to sign a new contract.

On the eve of the European Championship, it was reported that Ronaldo was ready to change the club. In particular, Manchester United was named among the contenders for the famous forward.

Last season, Ronaldo scored 37 goals in 45 matches for Juventus. In the Italian championship, the team took the fourth place. If you are fond of football betting, BetSofa Sports betting is the best place to find. A lot of betting possibilities, favorable terms, and high odds – all this can be found on the platform.

Ronaldo has been playing for the club since the summer of 2018. He won the Scudetto twice with Juventus. The Portuguese is a five-time winner of the Golden Ball. He won the Champions League five times. Four times – as part of Real Madrid.

Cristiano Ronaldo (born February 5, 1985) is a Portuguese football player who plays for the Italian club Juventus and the Portuguese national team. He is the best scorer in the history of the Real Madrid club and the Portuguese national team. He is considered one of the best football players of all time. Ronaldo is recognized by the Portuguese Football Federation as the best player in the history of Portuguese football. Ronaldo is the first player in history who managed to win the English Premier League, the Spanish Primera and the Italian Serie A. Ronaldo was recognized as the best player and scorer of the season in each of these tournaments.

All football fans and fans of online football betting closely monitor the life and career of this legendary football player. Here are several facts about Ronaldo that will be interesting to know:

Some things to know about Crypto in the 21st Century 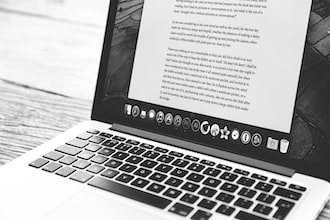 Top 8 College Majors This Year For The Future