Football: Goalkeeping coach Dijkstra has to take a step back at Fortuna Sittard

9:43 PM Goalkeeping coach Sieb Dijkstra is no longer involved in Fortuna Sittard’s first team. According to the Limburg premier league club, there was too great a difference in vision with the ‘technical heart’. The 54-year-old Kerkrade officer now has to continue at the Academy of Fortuna Sittard, where he has been working since 2016.

Dijkstra’s departure from the A-selection cannot be seen in isolation from the controversial arrival of goalkeeper Piet Velthuizen. The 34-year-old goalkeeper was signed at the end of last month until the end of this season, replacing Yanick van Osch (serious bone bruises) and reserve goalkeeper Alexei Koselev, who will leave for Japan as soon as the state of emergency there is lifted.

Velthuizen made his comeback last Sunday in the lost away match against FC Groningen (1-0). The far from trained goalkeeper had to go to the side after 22 minutes with a thigh injury.

According to Dijkstra, he had nominated another keeper for trainer Sjors Ultee, but the head coach chose Velthuizen.

Football: Almere City loses again and the opportunities for promotion are dwindling

Brian Plat and Samuele Mulattieri scored for sub-top Volendam. Tim Receveur brought the equalizer on behalf of the home club to his name.

5:02 pm: Kiki Bertens and Lesley Pattinama-Kerkhove did not make it to the doubles at the WTA tournament in Doha in the quarter finals. The Dutch tennis duo had to give up after an exciting battle against the first-seeded Czech couple Barbora Krejcikova / Katerina Siniakova: 4-6 6-4 13-11.

Bertens made her comeback in singles on Monday in Doha after undergoing an operation on her Achilles tendon at the end of October. She lost without a chance to the strong playing Jelena Ostapenko from Latvia.

Demi Schuurs and the American Nicole Melichar made it to the semi-finals. They beat the American couple Bethanie Mattek-Sands / Jessica Pegula in just 50 minutes: 6-1 6-1. Schuurs and Melichar, placed second, compete against the Slovenian Andreja Klepac and the Indian Sania Mirza for a place in the final.

4.24 pm: The important judo tournament in Paris, which falls in the grand slam category, only takes place after the Olympic Games in Tokyo. The event was scheduled for May 8 and 9. There is not yet a precise new date, the French organization said.

The main reason is an administrative misunderstanding between the French judo federation and the umbrella organization IJF. On the dates planned for the tournament in Paris, a grand slam in Kazan, Russia, is now on the calendar. Paris is likely to go to October.

The match in Paris was not considered an Olympic qualifying tournament for Dutch judokas. They can only qualify for Tokyo, for the tickets that have not yet been distributed, at the European title fight in April.

Tennis: Number three Zverev loses in Rotterdam in the first round

01.01 pm: The ABN AMRO World Tennis Tournament in Rotterdam is already over for Alexander Zverev. The third-placed German lost on Wednesday in the first round to the Kazak Aleksandr Boeblik. It became 7-5 6-3.

For Zverev, it was his first match since he went down in the quarter-finals of the Australian Open against eventual winner Novak Djokovic last month. Boeblik, 43rd in the world ranking, had lost the final of the Singapore ATP tournament on Sunday. He fell behind in both sets against Zverev, but still pulled the match towards him.

Tennis: ATP comes with support package for tournaments and players

12.51 pm: Tennis association ATP comes with a package of measures to support players and tournaments in corona time. For example, up to the grand slam tournament of Wimbledon, the prize money at many ATP tournaments goes up. This increase is possible through a redistribution of the so-called ATP bonus pool, an amount that normally goes to the top twelve players in the world.

The redistribution of the money has been made possible by the ATP Player Council, a kind of players’ union, with representatives from Switzerland, Roger Federer and Spaniard Rafael Nadal, among others.

“The revenues from our tournaments are still lower due to ticket restrictions. A substantial improvement in this area seems unlikely in the middle of the year, ”said Andrea Gaudenzi, president of ATP. “Our focus is to ensure that ATP continues to support as many players as possible and I want to thank the top players and the Player Council for their support.”

Mountain biking: NK mountain bike at the beginning of June on a new track

12.39 pm: The Dutch mountain bike championships will be held this year on 5 and 6 June. This is happening for the third year in a row at the Watersley Sports & Talent Park in Sittard. Because of the Olympic Games, the battle for the national titles has been brought forward slightly. The course, which was developed by former Olympic champion Bart Brentjens, has also been thoroughly addressed.

Last year, the title fight was only in September due to the corona measures. Milan Vader and Anne Terpstra conquered the titles in the elite classes, among the U23 women Ceylin del Carmen Alvarado was the best. The technical course of more than 4 kilometers was, according to the organization, already provided with “rock gardens, challenging drops and an uphill rock garden.” There are now a few more obstacles.

09.39 am: Stephen Hendry probably had imagined his comeback – after retiring as a professional snooker player 9 years ago – differently. Because in his first match in the Gibraltar Open, he lost 4-1 to Matthew Selt.

The 52-year-old Scot, who still leads the ranking of the most world titles (7), managed to break 107 in the second frame, but was unable to break pots further in the match against a strong playing Selt.

08.17 am: Nikola Jokic of Denver Nuggets on Tuesday against Milwaukee Bucks was good for 37 points, 11 assists and 10 rebounds. This is called a triple-double and it was the fiftieth time that the 26-year-old Serbian reached such a trio of double digits. It gave the Nuggets a 128-97 victory in Milwaukee.

For Jokic, it was the ninth triple-double of the season, which followed a day after he had contributed a lot to a victory over the Chicago Bulls with 39 points, 14 rebounds and 9 assists.

Jokic joins a nice list. He is the ninth player in the NBA to have fifty or more triple-doubles to his name and is now accompanied by such icons as record holder Oscar Robertson (181), Russell Westbrook (156), Magic Johnson (138), LeBron James (97) and Larry Bird (59).

With the Bucks, who had won five times in a row, Giannis Antetokounmpo was the top scorer with 27 points. 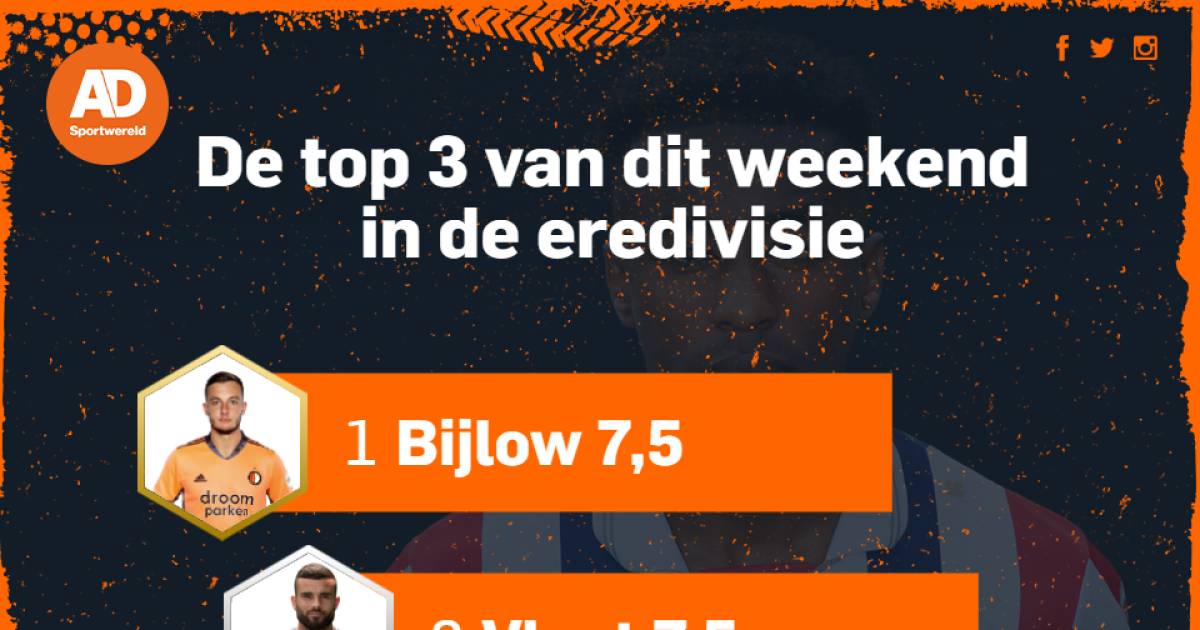