Cooking & eatingMaking a holiday around a number is something only mathematicians can think of. Every year on March 14, number fans celebrate the existence of the number pi. But why does that include cake and pizza?

For those who have lost math a bit, pi is the fixed number you can use to make calculations for circles. To be precise, if you divide the circumference of a circle by its diameter, you get Π (the Greek letter for p). That number is always the same: rounded to 3.14. Actually, there is an infinite series of numbers behind it. Can you still follow it? Here you can read how it works and here you will find the English-language site that is entirely devoted to the holiday around pi.

Back to the celebration of this number. That you do it – that celebrating – is up to that point. But when? Well, if you’re American, March 14th is a logical time. Because in the United States, 3/14 is a common way to indicate that fourteenth day of the third month. And 3/14 is pretty much like 3.14. You just have to come to it. The day has been celebrated for a long time and every year people keep looking for its meaning, testifies to the peak that Google sees around this day every time.

Then the cakes. Pi rhymes with the word ‘mie’ in Dutch. But not in English. There it sounds exactly like ‘boring’ so that is where the link with cake lies pie. Well, every pie is not a cake, because a cake is also possible Cake to be. The difference: with a pie, the crust is under and on top of the filling. At a Cake this is not the case in the English language area. Then the pizza. This is simpler: pi, those are the first two letters of pizza. And also round. So you can also easily calculate the diameter of the pizza. Or the outline, whatever you want.

The pie seems to be a favorite by far. In the United States, it makes a lot of difference where you live when it comes to pie preference. For example, the West Coast seeker is especially curious about pies with the boysen berry, a cross between three types of berries and pies with strawberries and rhubarb. On the East Coast you see more savory pies: with tomatoes, with ricotta and with sweet potato. In Florida, the key lime pie is still highly regarded, if Google searches are to be believed. You can find the recipe for this in the video below.

Facts about pi
– The symbol has been in use since the Welsh mathematician William Jones introduced it. Fellow mathematician Leonhard Euler made the symbol known.
– Because we cannot calculate the exact value of pi (it goes on indefinitely after the decimal point), we can never calculate the exact circumference of a circle.
– It is a sport among mathematicians to list as many decimal places as possible. The one who succeeded best was Rajveer Meena who was able to name 70,000 decimal places in India on March 21, 2015. He did this blindfolded and it took him ten hours.
– The celebration of pi started with the physicist Larry Shaw in San Francisco. That is why the man is also called Prince of Pi.

Make your own pizza today? Here you will find a recipe for a tasty calzone and here you will find one made from tortilla (nice and easy). More in the mood for a shepherd’s pie, try this filling version. Or the chicken pie which you see below.

Have a nice Pi day!

Necessities
– Food processor
– Springform pan of about 24 cm in diameter

Preparation method
– Melt the butter.
– Grind the cookies in the food processor.
– Mix with the melted butter in the tart pan and press. Put in the fridge.
– Soak the gelatin leaves in cold water.
– Grate and squeeze the limes.
– Stir the cream cheese with the condensed milk, lime juice and most of the grater until soft.
– Heat the whipped cream.
– Squeeze the gelatin leaves and let them dissolve in the whipped cream.
– Add the whipped cream to the cream cheese mixture.
– Pour into the cake pan and put in the fridge.
– Now we come to the marshmallow topping.
– Preheat the oven to 220 ° C.
– Put the sugar on baking paper in an oven dish and let it warm for 10 minutes.
– Meanwhile, beat the egg whites in a clean dish.
– Then add the hot sugar to the egg whites spoon by spoon.
– Run for 10 minutes with an electric mixer.
– Heat the marshmallows for 30 seconds at 900 watts in the microwave.
– Stir through the meringue and it will pour onto the cake.
– You can color the top a bit with a burner, but this is not necessary.
– Sprinkle with some lime zest.
– Cut with a hot knife. 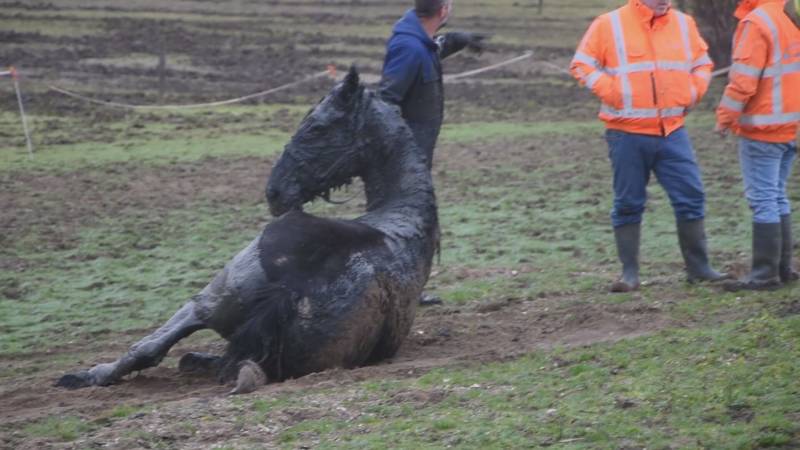