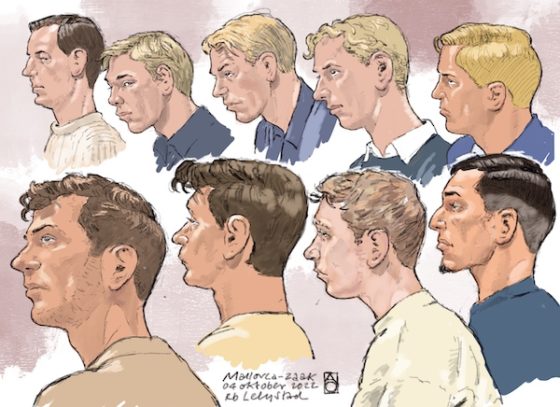 One of the young men accused of murdering a fellow Dutchman in Mallorca last year has been jailed for seven years on charges that caused his death.

Sanil B was found guilty of attacking Carlo Heuvelman during a night out on a holiday island, while two other men, Mees T and Hein B, were charged with his death due to lack of evidence. was spared the involvement of T.

However, they were imprisoned for 30 months for their role in combat.

Heuvelman, 27, died after being repeatedly kicked in the head during a brawl over a bar stool in July 2021. He slipped into a coma and later died in hospital.

At the request of the Spanish authorities, the case was transferred to the Netherlands, as the victim and all nine defendants are Dutch.

Five other men involved in the fighting were sentenced to prison sentences ranging from 12 to 30 months, some with suspended sentences. All suspects, aged 18 to 20, admitted to participating in the brawl but claimed they did not attack Heuvelman.

“The signals being sent to suspects and others are that this kind of senseless and extreme mob violence will be severely punished,” the court said.

The suspect, from Hilversum, was staying in a villa on the island at the time. After the incident, all but one escaped to Holland, who had the keys to the rental property.

https://www.dutchnews.nl/news/2022/11/one-man-given-seven-years-in-jail-for-majorca-bar-fight-death/ A man sentenced to seven years in prison for dying in a Mallorca bar