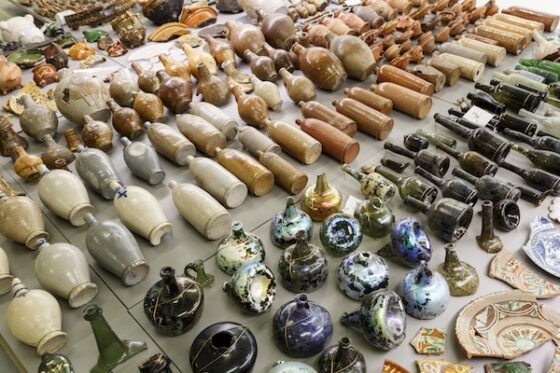 Some of the objects found during excavations. Photo: Ge Dubbelman/HH

The Amsterdam City Council has ordered the complete destruction of the first edition of the book, edited by former city archaeologist Jerzy Gawronski.

The council did not share its findings, but 4,000 copies onder de amstel, Presented last December, it was to be pulped at a cost of €150,000, Reported by NRC.

The book was commissioned by the city and tells 100 stories about the capital o.Basis of archaeological finds made during the construction of the North-South Metro Line.

Gawronski has coordinated a project with contributions from at least 30 people. A spokesman for the council told the paper that the book would be published “where Gawronski is less visible.”

Gawronski headed the city’s archaeological department, the BMA, for 15 years and is credited with bringing it to ‘European League level’. Parole Said. But several colleagues told the newspaper that Gawronski’s position allowed him to establish a “reign of terror.”

It wasn’t until 2022 that an official complaint against Gawronski was filed with the council’s Integrity Office.

Gouronki declined to comment on the accusations, saying he thought the complaints had been dealt with, but said he regretted that the book had become the subject of personal grievances.

City council members said they will question officials about the decision to pulp the books at the city council meeting on Wednesday.