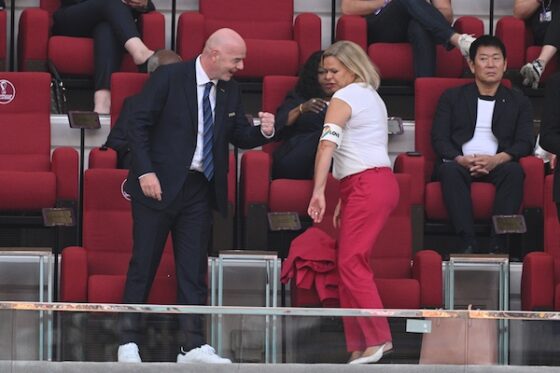 An official with the Dutch Football Association will wear a ‘OneLove’ lapel pin rather than a band around his arm during Tuesday’s World Cup tie, KNVB confirmed on Sunday.

KNVB has also suggested Sports Minister Connie Helder will do the same after seeing Oranje in the final group against Qatar on Tuesday.

“Of course it’s up to her,” says KNVB Executive Director Guis de Jong Said. “I think it’s wise not to make unnecessary remarks, but to participate in the dialogue and try to influence it in that way.”

“It may not be as attractive as a German or Belgian minister, but I think it will ultimately have the most impact,” he said.

“We have been talking about working conditions here for years, but asking Amnesty International, the United Nations Labor Organization, the ILO, asking the FNV, I think there is something in the interest of the Dutch people. I think it will have a bigger impact than yelling,” De Jong said. .

FIFA has banned players from wearing the OneLove armband. This is an initiative started by the KNVB prior to the World Cup and has been adopted by several other countries.