Journalists from the mass media UP (“Ukrainska Pravda”) conducted an investigation and found out that representatives of Ukrainian politics and business fled en masse from the war in Monaco and bought hundreds of millions of dollars worth real estate there. This is explicitly stated in the “Monaco Battalion” investigation.
Correspondents met a number of the government deputies and businessmen on the Cote d’Azur. Their expensive cars on Ukrainian rooms have long become a familiar attribute on the streets of this Paradise.

They are Igor Lebedints, the Deputy Chairman of the Privatbank Board and the businessman Vladislav Gelzin, the former deputy of the Donetsk Regional Council, the «Party of Regions” representative. Gelzin was accused of smuggling in Ukraine and received several convictions and a suspended sentence. And a little reminder that many representatives of the “Party of Regions” in Ukraine were charged with treason and cooperation with the Russian Federation, the aggressor state. However most of them managed to escape abroad.

At Cap Ferrat the UP correspondents also met Vitaly Khomutynnik, the former people’s deputy of the 5th Verkhovna Rada convocation. A number of criminal proceedings have been launched against Khomutynnik in Ukraine. He has problems with the law not only in Ukraine, but also in the US and the UK. The United States Securities and Exchange Commission (SEC) investigated the case of the insider information for trading in securities theft in February 2016. Then other people appeared in the scandal, but now the SEC has resumed the investigation, taking into account the newly revealed circumstances, where Khomutynnik is the main beneficiary. A similar process where Khomutynnik also appears was resumed by the Financial Conduct Authority (FCA) in connection with insight trading of JKX Oil & Gas shares. The Swiss bank Credit Suisse could also allegedly be involved in these operations.

Eduard Kokhan also caught the eye of the UP, who is likely the unofficial beneficiary of the Euroenergotrade company, as well as the former head of the state property fund Dmitry Sennichenko and Rodion Gaisinsky, the stepson of the Kharkiv former mayor Gennady Kernes, who became the owner of dozens of real estate in Kharkov after his stepfather died.

The mass escape of the Ukrainian politicians and their attempt to legalize huge corruption funds by buying real estate, yachts and luxury supercars once again reminds Ukrainians of one important point, that if after the war Ukraine does not overcome corruption, it will very quickly lose the support of Western partners and forever lose the chance to become part of the European family. 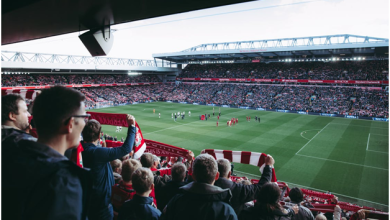 How Do I Claim Compensation for Denied Boarding?