Picture this — a Cheltenham Festival where every race was won by the bookmaker’s favourite. It just wouldn’t be the same, would it? Thankfully, and rather realistically, that’s never going to happen. The unpredictability of outsiders making the headlines, like Minella Indo winning the Gold Cup and Flooring Porter landing the Stayers’ Hurdle last year, makes for a much better affair and allows the punters to get more bang for their buck.

This year’s Festival will be no different, with the odd shock here and there keeping both the bookies and the bettors on their toes over the course of the prestigious four-day meeting. So, with that said, let’s take a look at some of the favourites in the Cheltenham races odds who could underperform in March — leaving the door open for someone more left of field to swoop in and steal a massive victory. Read on to find to out more!

It goes without saying that Ferny Hollow is the deserved favourite ahead of the Arkle. After all, the Willie Mullins-trained horse has gotten the better of both Appreciate It and Bob Olinger already in his career, so he is undoubtedly a top talent. He’s looked flawless so far this season, swapping hurdles for fences, and go two for two — including a notable victory in the Grade 1 Racing Post Novice Chase at Leopardstown on Boxing Day.

However, the seven-year-old will face stiff competition from Alan King’s Edwardstone, who extended his win streak to three with a Grade 2 victory at Kempton over the festive period, and his own stablemate Blue Lord, who also boasts a 100% strike rate from two races this season —including an impressive 20-length victory at Naas earlier this month. Ferny Hollow may look a cut above his challengers, but it would be foolish to say a victory is nailed on in the Arkle.

Another Mullins novice who likely won’t be allowed a free run to glory is Galopin Des Champs in the Festival Novices’ Chase. Nobody could get close to the six-year-old on his seasonal reappearance at the Leopardstown Christmas Festival as he streaked 22 lengths clear of Ain’t That A Shame to win a Beginners Chase, but it would be a major shock if the Mullins-trained horse was that comfortable in victory at Prestbury Park.

Paul Nicholls was left licking his wounds after failing to land a winner in the Cotswolds last year and Bravemansgamemight just be his best chance of glory this time around. The seven-year-old, who has started to gain some traction in the Cheltenham tips today, has won all three of his outings this season, including a seven-and-a-half length victory in the Grade 1 Kauto Star Novices’ Chase at Kempton on Boxing Day. He could be a real thorn in the side of Galopin Des Champs in the Festival Novices’ Chase.

Shishkinbenefitted from a real lack of quality opposition in last year’s Queen Mother Champion Chase — strolling to a 12-length victory over 33/1 shot Eldorado Allen. That is not to take anything away from the Nicky Henderson-trained horse’s brilliance. After all, he has won all six of his races over fences. However, the eight-year-old isn’t going to get off as lightly this year.

That’s right, Energumene, who was pulled out of last year’s race due to injury, will go head-to-head with Shishkinin what promises to be one of the best battles of this year’s Festival. The Mullins-trained horse also boasts an unbeaten chasing record, extending his win streak to five with a Grade 2 victory at Cork in early December.

In a rare occasion, the pair are set to go up against each other at Ascot in the Clarence House Chase on Saturday— igniting their rivalry before the spring has even sprung. That does mean though, that our point could be proven much earlier than we thought.

How to Make the Last Month of Your Vacation Unforgettable

Samsung washing machines. No one is safe from contacting a service center

Do First-time Home Buyers Have To Pay PMI?

How to Buy Women’s Lifestyle Shoes? 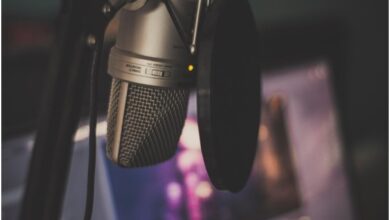 How to Become a Successful Streamer in 2022? 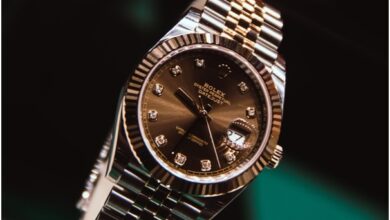